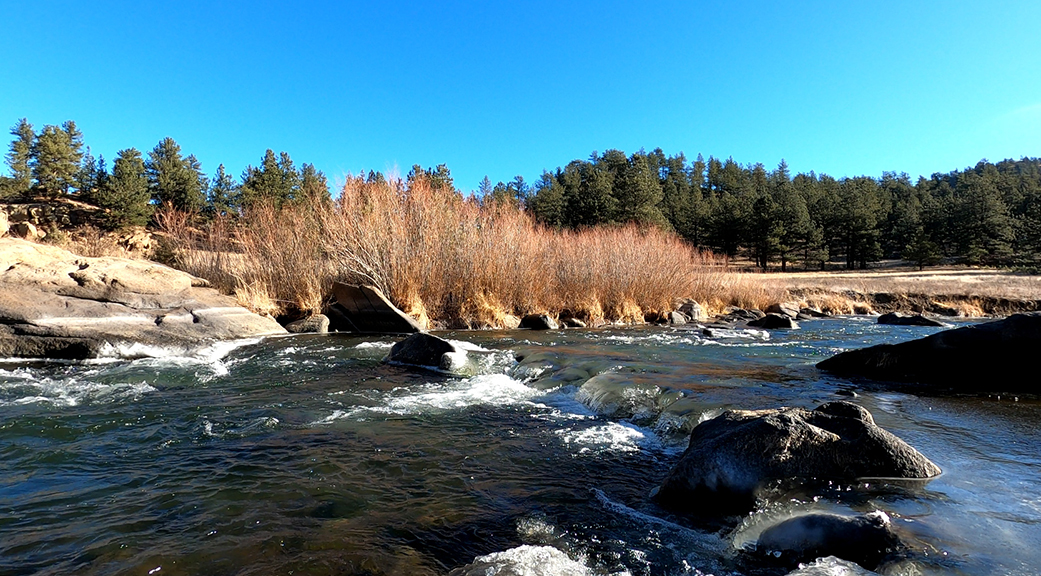 The weather forecast was for beautiful clear skies this morning, however, the temperature at sunrise was to be around 8 degrees (F). The cold isn’t as bad as some places that have a lot of humidity, so I decided to take a chance, hoping I wouldn’t freeze my butt off and that the river wouldn’t be frozen over. 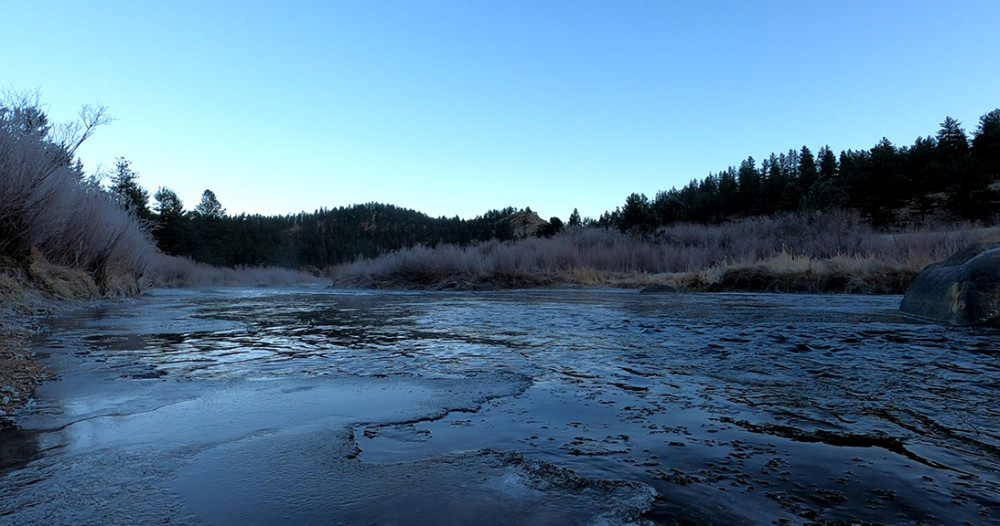 Thankfully, I was good on both issues. The river was starting to freeze up, but most of it was still flowing. The air was cool and crisp but not so bad that I was freezing. I was able to get some incredible video of the South Platte River that you can see below.

It was an incredible morning on the river and I was able to get some great video and the river sounds were awesome, as there was only about 4 cars that passed on the road next to the river. This section of the river doesn’t seem to get as much traffic, which I really like. 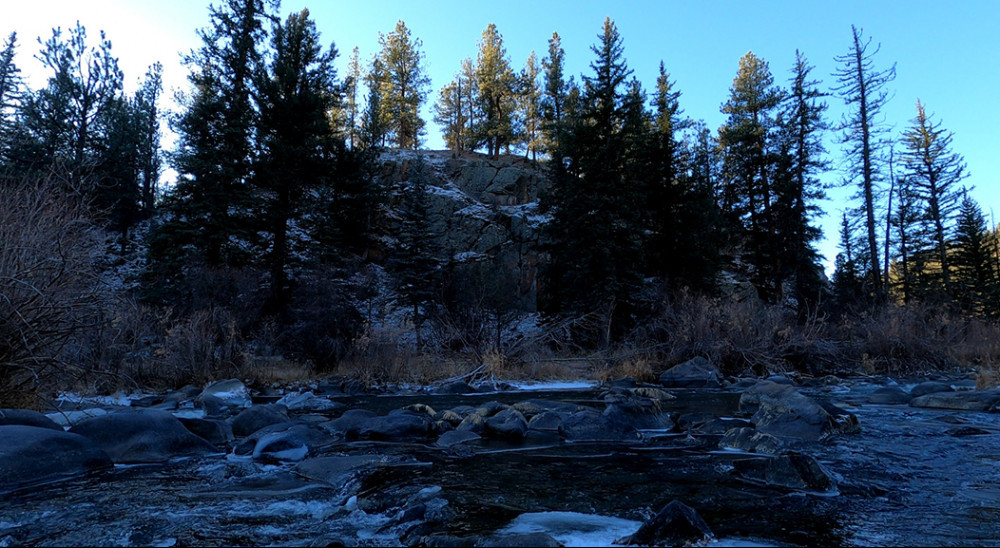 It’s always great to watch the sun rise over the Rocky Mountains. This is the best time of the day to get out as many people are working or are still asleep. 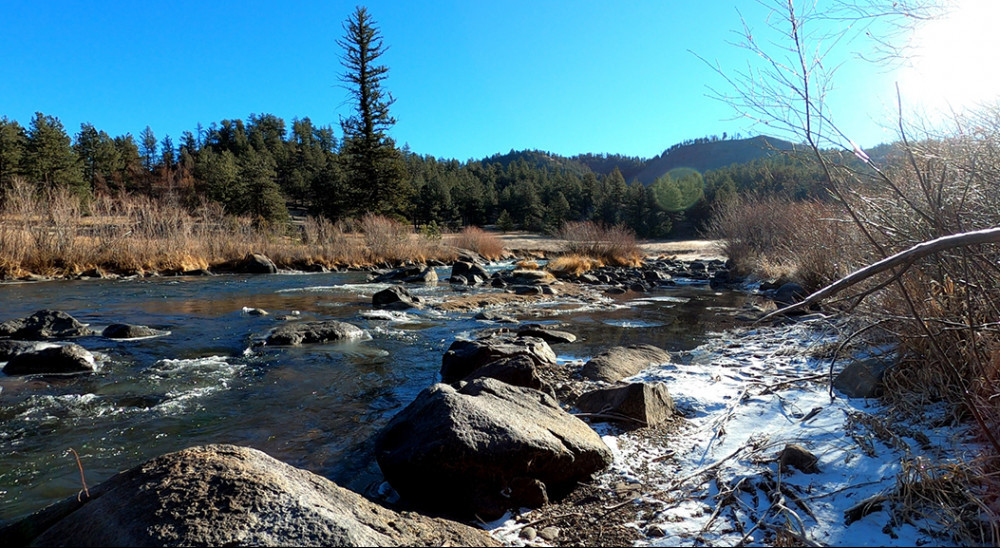 The sun had finally risen higher around 9 am, but the wind also started picking up, which isn’t good for my river videos as the wind noise takes away from the sound of the running water.

I used the GoPro Hero8 Black for all the videos on the river today. It’s great to have for these videos, especially when you get some underwater shots, which I did not get today.