The One that Got Away!

A Story No One Wants to Tell

Mike had been putting corn out for months and started getting excited when this massive 12 point buck started showing up. Mike believes that he would fetch a score between 150 to 160 inches on the Boone & Crockett scale.

Well, this is a story that was set up for success but left Mike empty-handed.

Mike started putting corn out at several deer feeding sites in June to get the deer use to coming in, well before hunting season began. He spent several thousand dollars in corn alone, not counting all the time it took to pack the corn in. You have to understand Mike though. He lives for the hunt. It’s one of the things he is passionate about.

Sometime in August he noticed this huge whitetail buck coming into feed at night (Actually, he first saw him around January 2021). Mike abandoned his other feeding site and focused all of his energy on this one site that had the big buck. 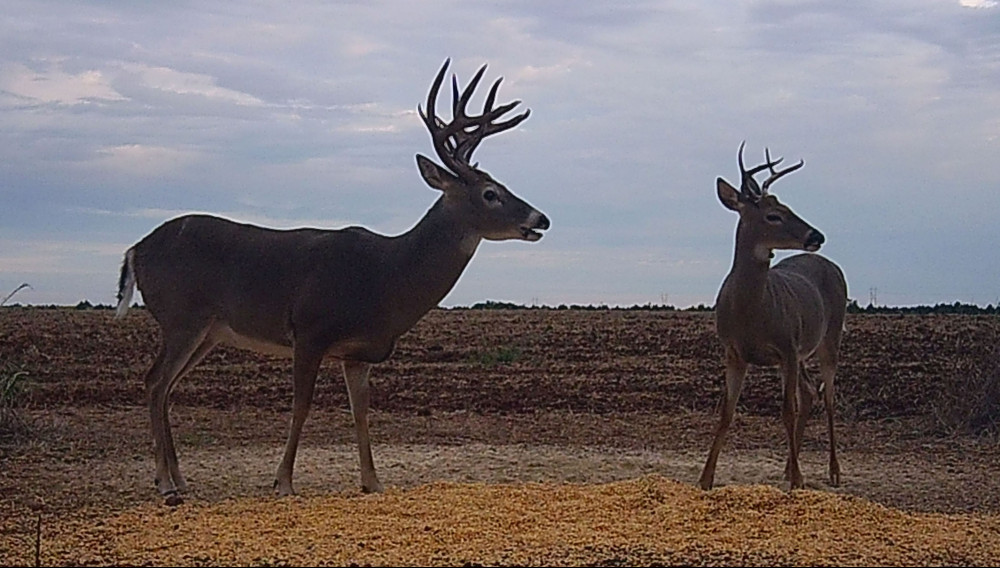 August went by and September came around and the big buck kept coming into feed. Mike kept getting regular photos of him on his deer cams. 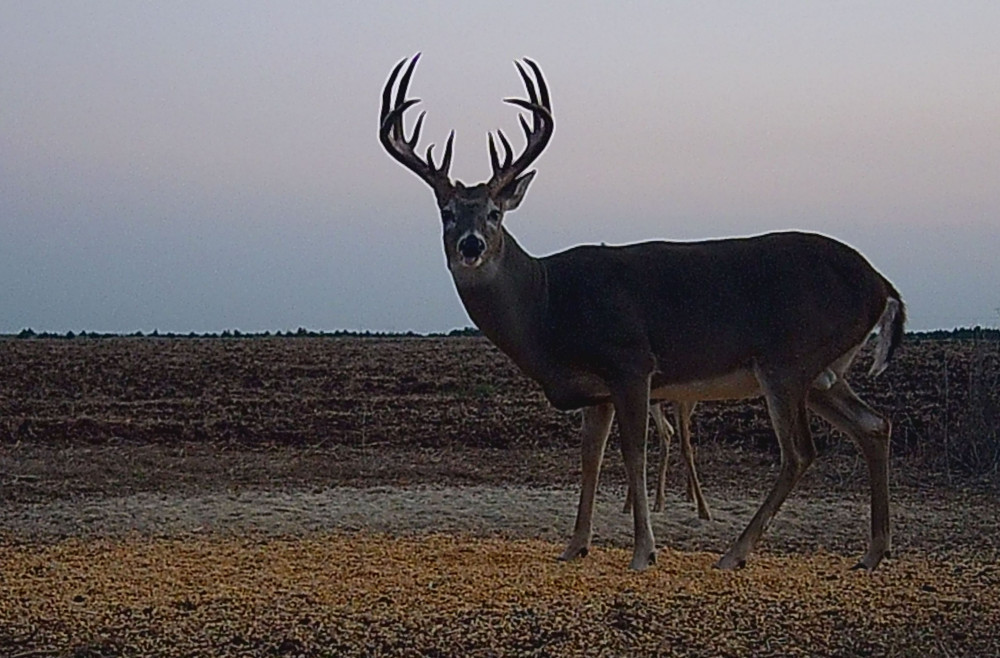 By now, buck fever started setting in on Mike and he could barely talk about anything else. This is a once in a life-time buck for most people, and a big buck for Mike, even considering all the other animals he has mounted on the wall in his study.

Mike and I went on a trout fishing trip up near Crested Butte, Colorado, and even though the thought of getting a trophy rainbow trout was on his mind, he actually couldn’t wait to head back to Oklahoma for the first day of deer season.

Buck Fever | The Buck that Got Away

This is where things started going wrong. Mike was all set up for the first morning hunt of deer season. Mike headed out to the deer blind at 2 am. You may think this is early but this is what he does so he’s not spooking the deer if he were to walk into the area when they start feeding.

Mike had made a long drive from Colorado to Oklahoma a few days earlier and hadn’t gotten a lot of sleep so when he put his cross bow on the tripod to wait for the big buck…well, that’s when sleep deprivation set in. He noticed several does and smaller bucks in the area, but it was still too dark to see well and to know for sure if the 12 point buck was there. So he waited.

BANG! That’s what he heard when he woke up and his cross bow hit the ground, upside down, in the deer blind at about 4:30 am. Well you can figure out the rest of this morning’s story. Some of the deer came back in later, but the big buck was to smart for that.

Mike called me after that and was really upset at himself for making that stupid mistake, but hope was not lost. He knew that the buck would be hungry as he didn’t get to eat any corn that morning, so Mike was sure the evening hunt would be a great success.

Time for mistake number 2. Mike headed back out that evening and it was another great weather day for hunting. It was a crisp evening, light wind and low humidity. He was sure this was going to turn out well.

Mike settled into the deer blind and waited, turned on his ATN Corporation Day/Night scope and waited.

Sure enough, right before dark several bucks started showing up and there are two other real nice bucks that are worth shooting. 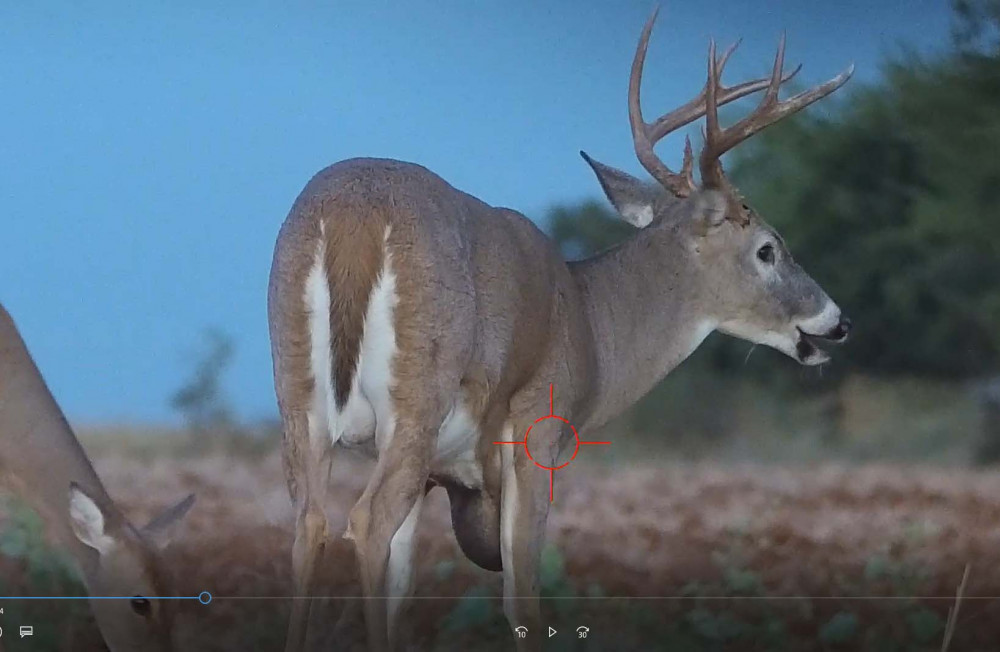 But that big trophy, Boone & Crockett buck also showed up. 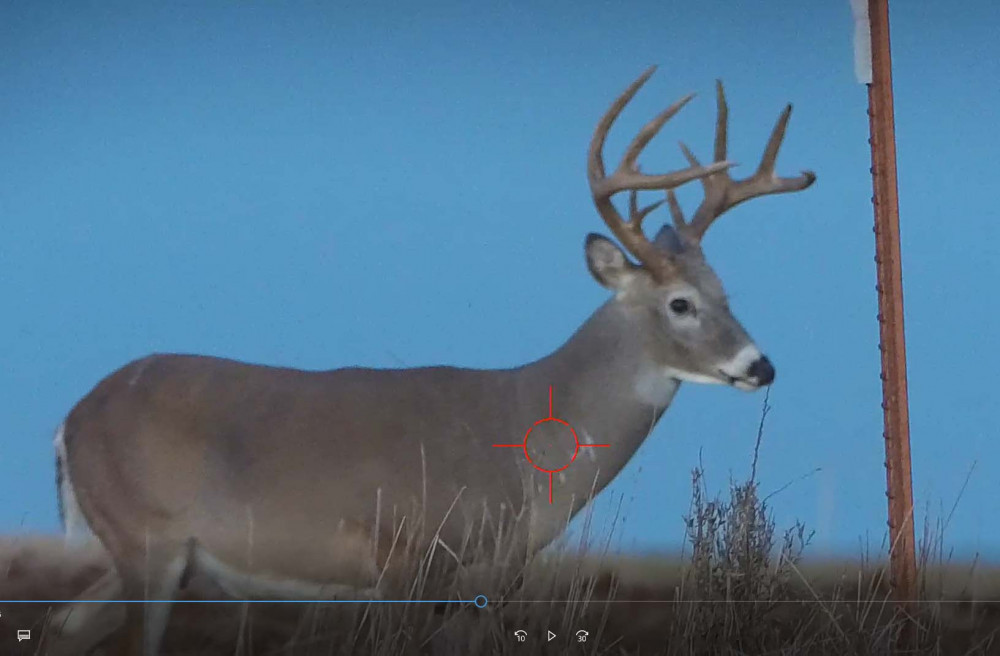 These two things cause Mike to rush the shot. You can see the buck starts turning away but Mike doesn’t think it was leaving the area. He wished he would have waited longer to get a better shot. 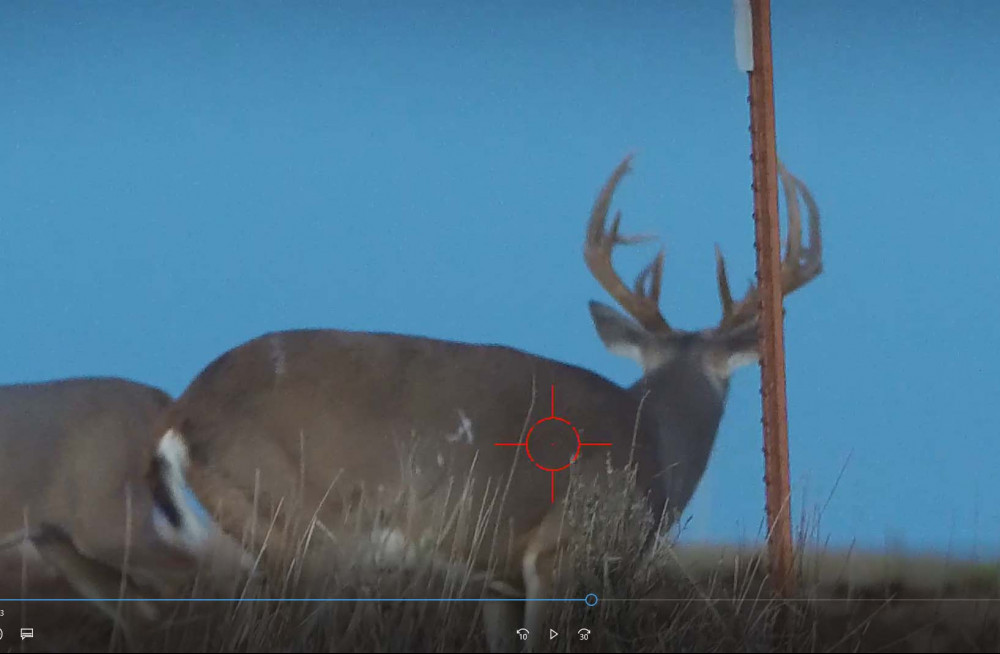 You can see Mike’s cross-hairs are too high and he rushes the shot. Remember, Mike has been waiting for this buck for about a month and has been dreaming of this moment. 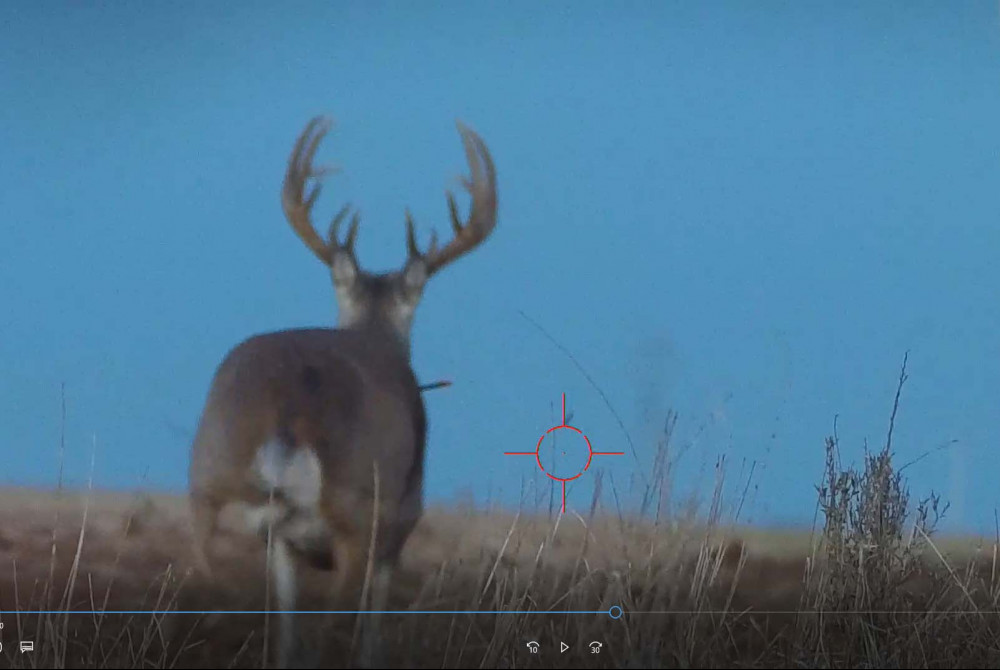 You can see the arrow well in this screen shot and it is entirely too high and not a kill shot.

Mike waited two hours hoping that he hit a lung and then followed the blood trail for several hours to no avail. He went back out at daylight and again, could not find the buck.

Mike feels confident that this was not a lethal shot and is hopeful that the buck will once again return to feed. The current problem is that the weather has turned hot again in October so the deer aren’t moving as much and not coming out during legal hunting times. So, it’s a waiting game.

Mike knows he has two more nice bucks he can shoot but this one really sits sour in his stomach. He admits he knows better but had two mistakes that cost him a large Boone & Crockett trophy buck.

We would like for every article and video to be about a successful hunt but things like this often happen to most hunters. Our goal is to show you the good hunts and the ones that went bad so you can learn from our… Mike’s…mistakes and hopefully get that big buck you’ve always been hoping for. 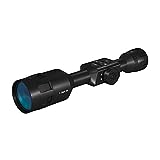