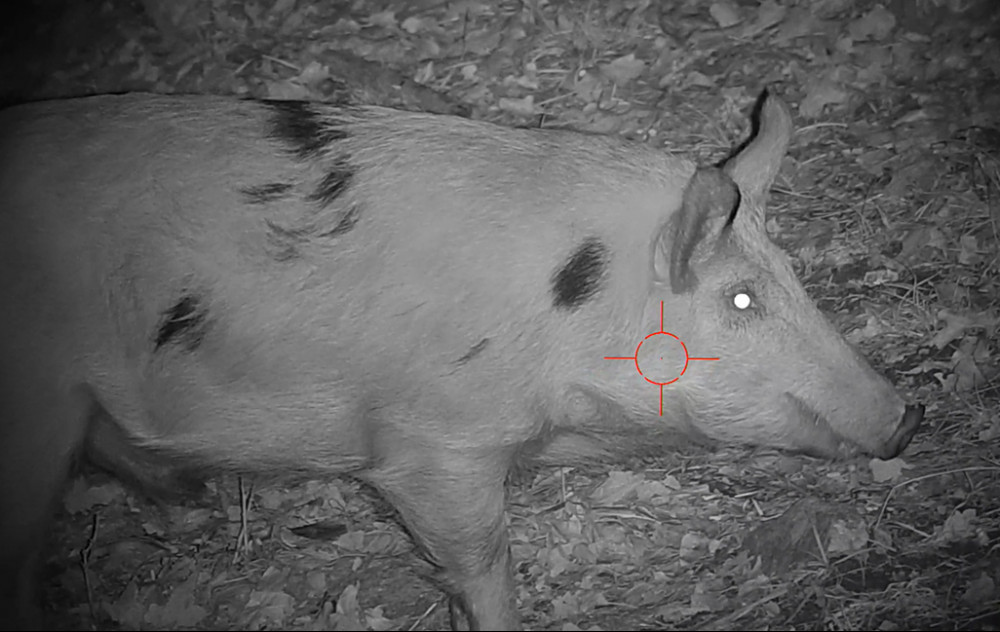 Last week Mike was on a wild boar hunt and saw a black sow and a white boar. He wanted to shoot the white boar but the black sow presented herself first, broadside for a perfect crossbow shot, so Mike took it. Here is a photo from last weeks wild sow hunt. 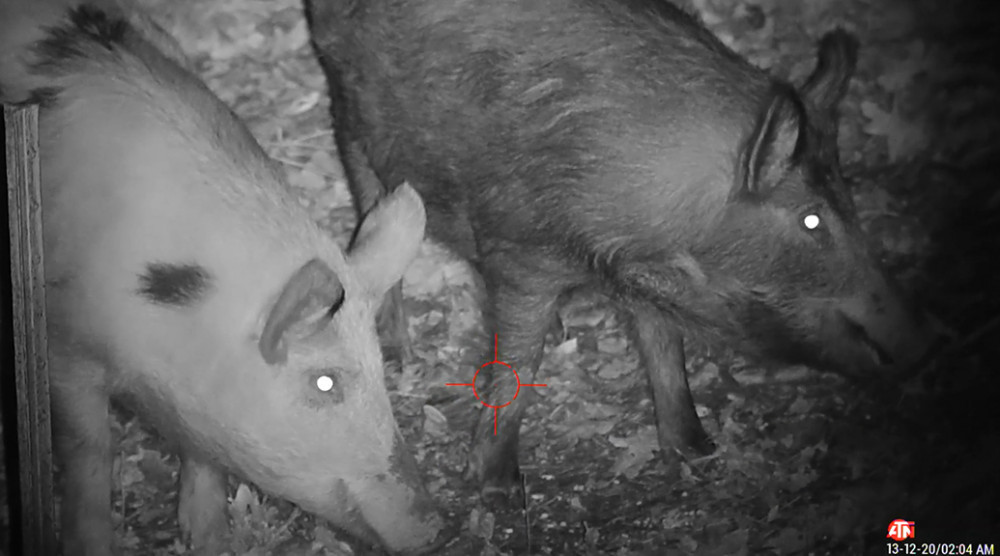 One week later, Mike returned hoping to get the white boar and everything worked out for a successful kill. He was out all night, the first night, and didn’t see a thing. Mike returned the second night and was hopeful, as a lot of wildlife were moving so he knew this night had a higher probability of being successful. 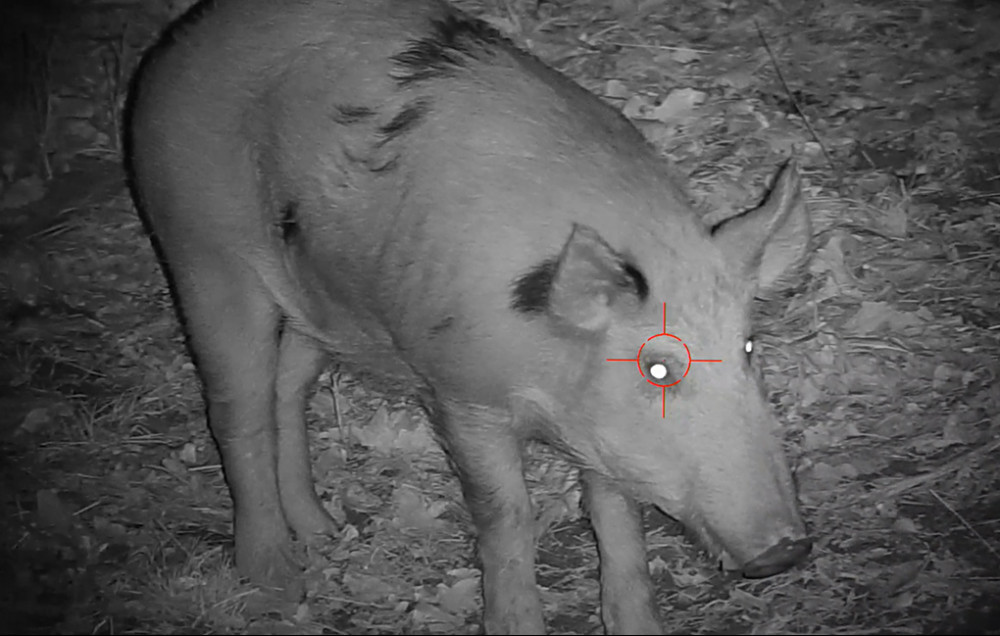 It only took about 2 hours before the white boar returned to feed on the corn. Mike was able to video the wild boar feeding before he finally took the head shot with his AR-15, with a 0.223 round. 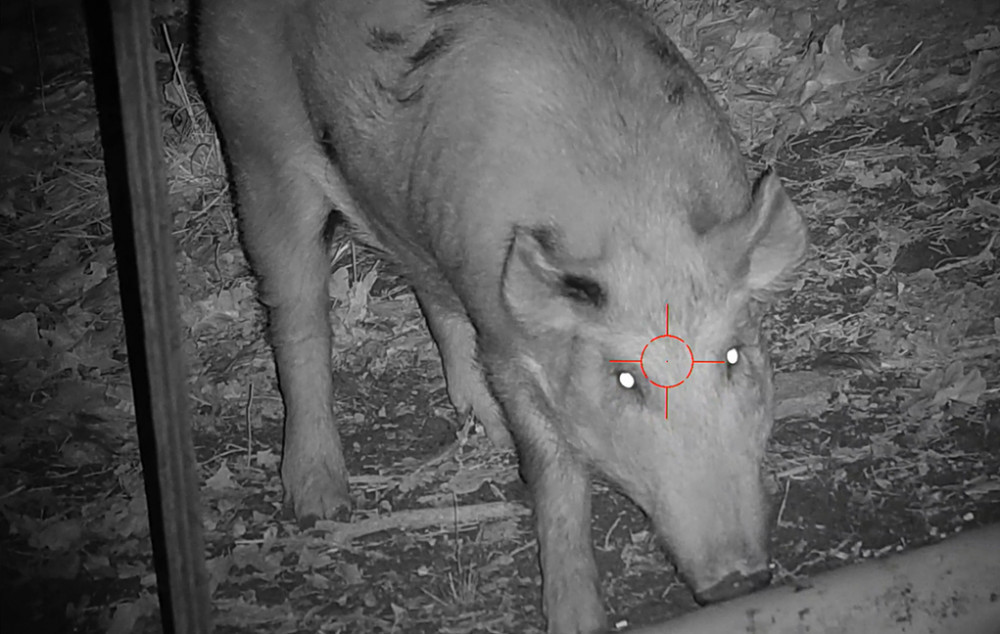 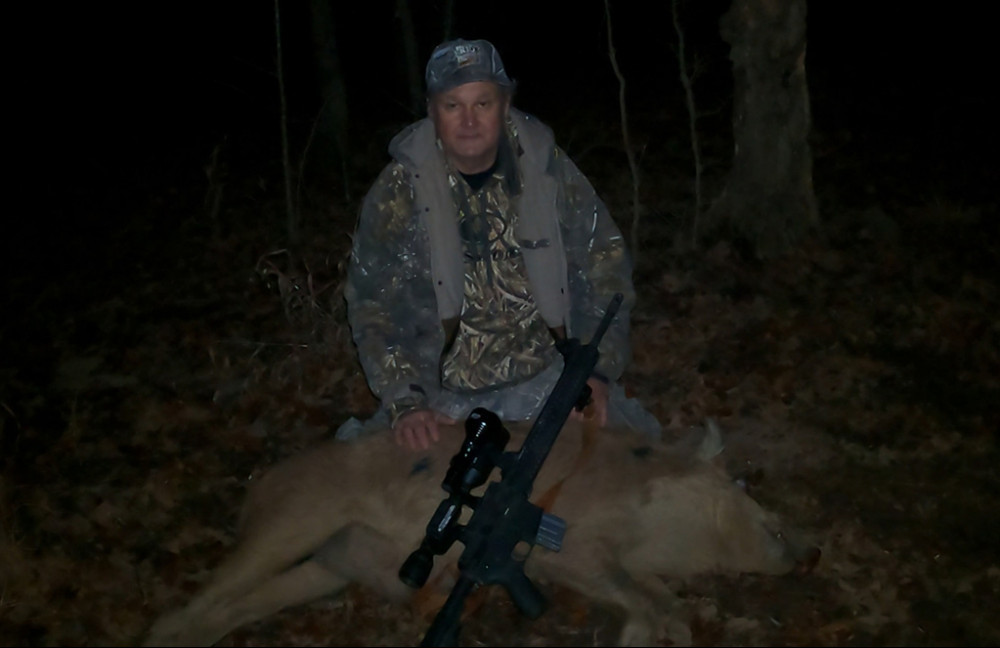 You can see in the photos, the white PVC tubes, that holds the corn. The hogs come in and knock the pipes around, which disperses the corn for them to eat. This is what actually made Mike alert to the boar being in the area, as the wild boar started rooting around, feeding on the corn. 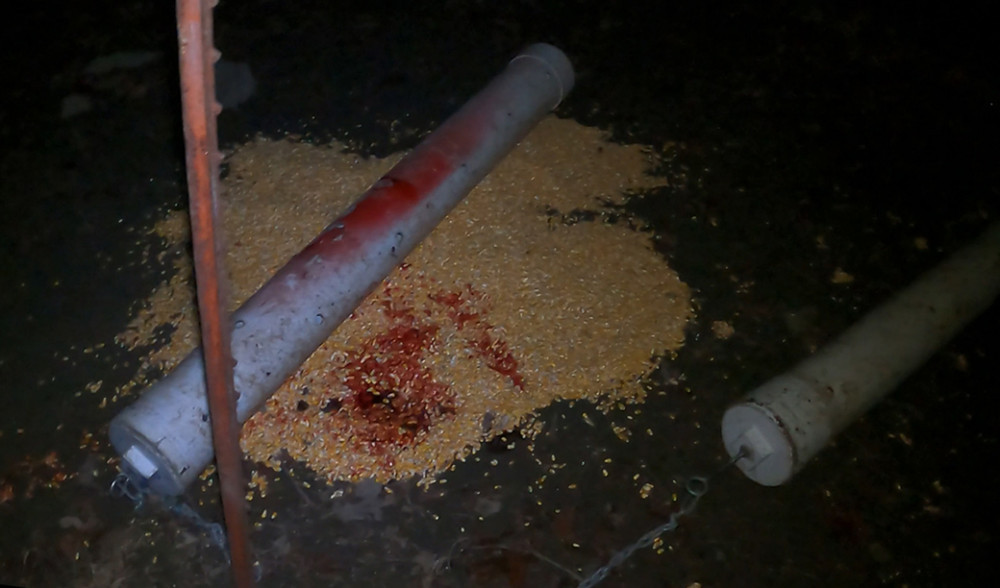 There are so many wild boars in Southern Oklahoma, that Mike usually doesn’t gut and take the whole hog out to the truck, rather he cuts out the back straps (tenderloins) and the two hind quarters, which are the entire back legs. It’s much easier to get these choice meats out and allow the coyotes and vultures to have their meal later.

In the video below, Mike shows how he butchers the hog, for these choice cuts of meats. I won’t show the photos in this article, but you can see it in the video.

Mike uses the ATN X-Sight 4K Day/Night scope and the ATN IR850 Supernova Infrared Illuminator light with the scope when he hunts for wild boars. 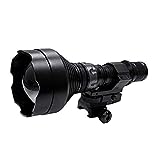 Mike also uses his GoPro Hero 9 Black camera for filming the hunt and butchering after using the ATN scope and AR-15 for the kill shot.

Leave a Comment below, Subscribe and Turn on Notifications so you can be notified of future hunting, fishing and outdoor videos.